The school board association sends out weekly emails but never designates which way they are lobbying on any particular bill. Nor do they seek input from school boards on these bills.

—The state prohibits the use of its funds from being directly or indirectly used to hire lobbyists under RSA 15. But schools pay dues to these organizations who then hire the lobbyists. Are they ignoring state law or just shuffling the money around?

When the school district allocates money for professional dues, this money is often pooled with membership dues from other districts and then used to hire a lobbyist. Who controls this lobbyist? Most taxpayers are unaware that their money may be indirectly use against them when they testify before their state legislature. Many times taxpayers are inadvertently funding their opposition without their knowledge. How can the people direct or control the voice of these lobbyists, which not only undermines their voice because a lobbyist can spend weeks in Concord in opposition to their bill, but it discourages individual citizen participation?

For 2010 nearly all the NHSBA revenue $881k came from taxpayers through memberships $734k, policy subscriptions $72k, school district services $37k, school board development $16k, etc. The only revenue which isn’t directly from the tax payers is NHSBA’s investment income $18k. Yet NHSBA hides their policy objectives FROM THE PEOPLE!!!

How many taxpayers in New Hampshire, particularly parents, would have given their consent for this type of data-mining of their child’s private information? None. Yet using local taxpayer money, this lobbyist was hired with local taxpayer money and he supported a longitudinal data base that now tracks and stores some 400 data points of information on each and every New Hampshire student.

Taxpayers and parents need to start demanding that their board members vote to STOP funding lobbyists who work against parental rights. If Nashua can do it, all schools in New Hampshire can do the same.

Kathy Dunton is one of the only school board members who’ve traveled to Concord to testify on behalf of parental rights and quality public education.

It’s important to get out and vote on Nov. 3rd for Kathy Dunton.
She’s a strong supporter of parental rights and improving the standards and curriculum. 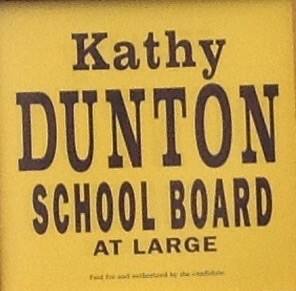 MANCHESTER VOTERS, there is an
IMPORTANT election coming up on November 3rd.
We have compiled a list of School Board candidates to VOTE for! (SEE BELOW)

Richard Girard has done more to educate the public on the problems with Common Core and support parental rights. He is a leader in the community on this issue and is running for the “At-Large” seat.
PLEASE visit his web site and VOTE for Girard.
(see: http://www.girardatlarge.com/girard-for-manchester-school-board-at-large/)
Please share this information with your friends, neighbors or anyone
else who lives in Manchester.
VOTE FOR:
Richard Girard – at large
JoeLaChance – at large
DebLangton – Ward 2
Ben Gamache – Ward 3
Mark Flanders – Ward 4
LisaFreeman – Ward 5
Larraine Lencki – Ward 6
RossTerrio – Ward 7
JimmyLehoux – Ward 8
Christine Duffley – Ward 12

Note: These are contested races

URGENT VOTE on November 3rd.
Get out the vote for the following FIVE candidates: 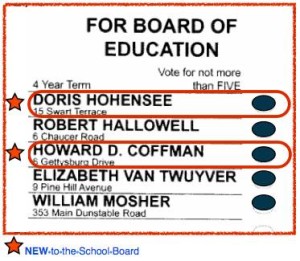 We believe these candidates are the best ones to support parental rights and quality academic standards in Nashua.

Stop Common Core in NH is committed to parental rights and opposing unproven federal initiatives in our schools and will continue to guide voters towards the best candidates running for school board. 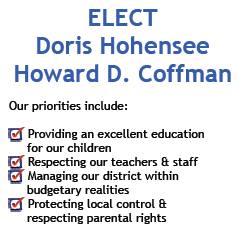 We’ve received NUMEROUS complaints about former Board of Ed member Christopher Stewart when he opposed parents in Manchester who vocalized their opposition to the Common Core Standards. Parents throughout the city attended school board hearings demanding better academics for their children. It was the best example of democracy in action for the children, one could hope for.

How did Christopher Stewart respond? By voting against the parents and maintaining the dumbed down Common Core standards for his school district.

Now Stewart has moved on to another Obama initiative, early childhood education. In other words, Obama wants the taxpayers to fund universal pre-school for all!! Stewart seems to be Obama’s man to get that done in New Hampshire.

Recently Stewart, along with his colleague Meryl Levin who are co-chairs of the Don’t Wait. Educate wrote an article in the Manchester Union Leader calling upon local candidates to sign a pledge supporting this tax initiative.

They refer to studies by saying, “Studies show kids without access to quality early learning programs fall further and further behind as they move through school. They have an increased probability of behavioral issues in class. They are more likely to live in poverty or commit crimes in adulthood.” – See more at: http://www.unionleader.com/apps/pbcs.dll/article?AID=/20151008/OPINION02/151009183#sthash.BRAHtqH6.dpuf However they provide no studies to back up their claims.

Many children who attend pre-school in New Hampshire enter the public school system only to fall behind the longer they attend public school. If you look at the past standardized test scores, you will see that children in the early grades tend to score higher than the children in the higher grades. In other words, the longer a child remains in the New Hampshire public school system, the further they fall behind. (Source: NECAP standardized test scores)

What did Stewart do when parents in Manchester came to him and asked that the Board vote to develop higher and better quality standards? He voted against them.

How can anyone take him seriously now?

Why is he focusing attention on early education when there is sufficient data that shows early childhood education isn’t effective?

Now his organization is targeting candidates who are not foolish enough to jump on his tax and spend bandwagon knowing that with limited resources available, maybe it’s better to invest in fixing our k-12 public schools in Manchester. The district he didn’t support as an elected member of the board.

Who really supports public education? The board member trying to tax you so you pay for a program that has no proven success ? Or the good people who wanted to uplift all children, k-12, in the Manchester school district?

We want to make it clear that we do NOT oppose pre-school for children. In fact, if this is something that a parent feels is good for their child, we stand behind those parents.

However there are many children who do not need to be forced into a pre-school program because Obama and Stewart think a comprehensive approach to pre-school is necessary for all children.

If Stewart wants to help the children in attend pre-school, why not look to fundraising efforts? Why try to force candidates to support a comprehensive tax and spend policy that has NO track record of actual success?

Obama wants universal pre-school because that is part of the Common Core agenda. Children are now considered human capital for the workforce and getting them into early childhood education is a must. It’s in their literature.

Don’t be fooled by another big government, tax and spender like Stewart. His track record on the Board of School Committee speaks for itself. If he really cared about the quality of education our children deserve, he would have voted in support of the parents.

We ask PARENTS and TAXPAYERS in Manchester to attend the following meeting:

Tell the MANCHESTER School Board to STICK WITH THE PLAN and to NOT administer the Smarter Balanced Assessment!!

MANCHESTER:
Show up and be heard. Bring the Smarter Balance Assessment opt out form and leave it for the full board. One night is all we are asking. Bring the kids if you don’t have a sitter. It is a great civics lesson for them.
MONDAY February 9th.
7pm
Manchester City Hall

YOU have the RIGHT TO REFUSE:
http://stopcommoncorenh.org/sccnh/wp-content/uploads/2015/01/TA-Advisory-Assessment-Participation-addendum-2.pdf 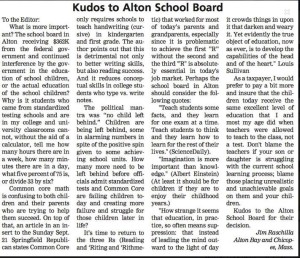