Everyone, including the NH DoE, has acknowledged there is too much testing going on in the schools and not enough learning.
We’ve presented information on the dumbing down in the NH schools through Competency Based Ed.
The Common Core Math and English standards are not internationally benchmarked to the highest performing countries and do not reach the level excellence in the standards that were developed in states like Massachusetts or California.

The elite private schools in NH will not touch Common Core because they know the parents paying tuition will never tolerate this dumbed down agenda.

Here is yet another example of an assignment that seeks to push a political agenda on the students versus education them.

This is not an education, this is an indoctrination.
Common Core and their supporters are creating a path to ILLITERACY for your children and the evidence is overwhelming!!!

Maybe we should just let the Feds run our schools.  After all they are controlling what food is served, what tests we use (that drives the curriculum) and how to evaluate our teachers.  Those are just a few reforms brought to us by the U.S. Department of Education vs local parents.  (Remember, we are supposed to be a locally controlled state)

Today we see that a school in NY is changing parent/teacher conferences to Student Led Conferences.  See the letter sent home to parents below. 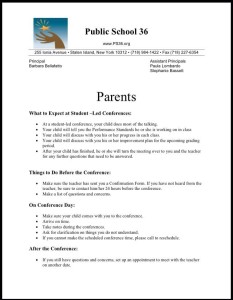 This was posted in a forum by a parent and here were some of the replies from other parents:

Thinking this is limited to NY, we found out today that no, this is also happening in some NH schools.  Read a note from a parent in NH:

LISTEN TO THESE TEACHERS. They are counting on PARENTS to fight this reform effort. Many face a HARSH reaction from administrators if they go public.

This is a video from NY teachers. You need to know that NY is ONE year ahead of NH on administering the Smarter Balanced Assessment.

NY teachers & administrators once supported Common Core, UNTIL the testing began. Now they have called for the resignation of the State Education Commissioner and are actively campaigning against Governor Cuomo.

This new assessment (Smarter Balanced Assessment) will be given to NH students in the Spring of 2015.
Listen to what the NY teachers are saying about the SAME tests we will be giving in NH.
https://www.youtube.com/watch?v=5ua5XxOmiSM