Well that didn’t take us long. We posted this a few days ago, exposing the 21st Century Skills Fad now being implemented in the Manchester School District.

Today we received a copy of an assignment given to students in an upper level Junior English class.
Look at the kind of work your child will be doing!! This is now considered 21st Century Skills!! 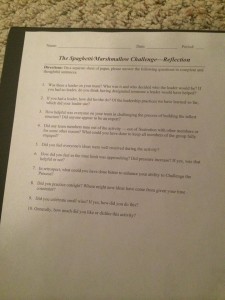 We warned you that a shift to Outcome Based Learning (now called 21st Century Skills or Competency Based Learning) would dumb down your child’s classroom and here is the proof.

MANCHESTER RESIDENTS: Here is a link to your elected school board members: http://bosc.mansd.org
Send them this post: http://stopcommoncorenh.org/sccnh/2015/09/01/manchester-schools-fall-for-the-21st-century-skills-fad/
and this new post and tell them you expect more for your tax dollars and for your children.