PARENTS URGENT WARNING, you have a candidate for New Hampshire Senate who has been actively working against your children!

Scott McGilvray is running for New Hampshire Senate in District 16. As the president of the NEA-New Hampshire, many teachers are disappointed with the NEA’s support of Common Core. Not only did the NEA let the teachers down, this teacher blogs about the pay-off to support Common Core.
“NEA has been the recipient of more than seven million dollars since 2009 for the purpose of advocating for CCSS.”

We do NOT need a rubber stamp in Concord working against parents, students and teachers.
There is a good alternative, J.R. Hoell. As a representative, J.R. Hoell has not only advocated for quality academic standards in our public schools, he’s been supportive of parental rights.

Rep. Hoell introduced legislation a few years ago that gave parents the right to opt out of objectionable material. Rep. Hoell has proven to be a champion for public education and parental rights.

Parents you have the proof so now it’s time to make sure you inform your neighbors and friends who really supports students, parents and public education in New Hampshire. It’s NOT Scott McGilvary. 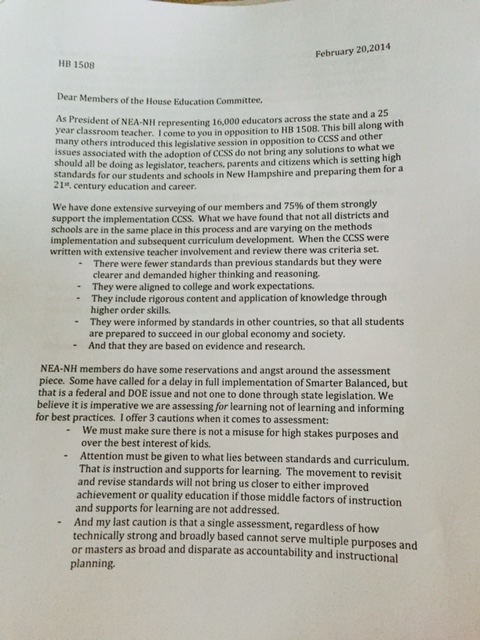 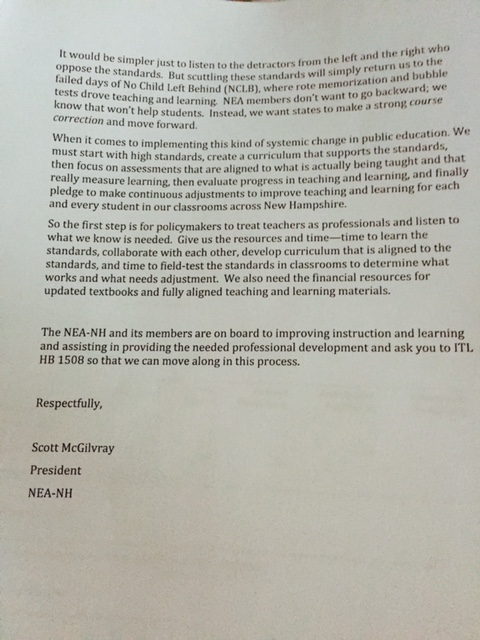 UPDATE: Joe Duarte is running for Senate in District 16 and is a far better choice for voters in BOW, DUNBARTON, HOOKSETT and parts of MANCHESTER. 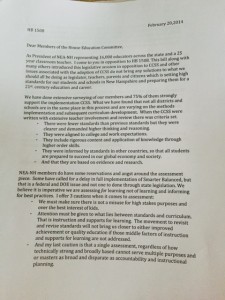 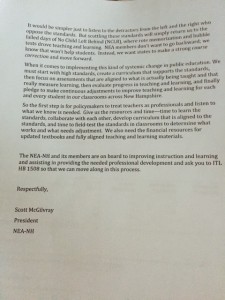 Teachers in NH, are you being well served by your union representation?
IF not, please make sure you are letting them know where you stand on Common Core and the Smarter Balanced Assessment.

Last year we had an opportunity to withdraw from Common Core and all of the harmful practices we are seeing from this reform.  However NEA-NH chose to oppose that legislation.

FIRST: ask how much NEA-NH gave to Governor Hassan’s campaign for Governor and then ask yourself, are you being well served.

AUGUSTA – Maine teachers are growing frustrated with the Common Core State Standards, a controversial educational reform that has quietly wound its way into nearly every American school in the past few years.

“Teachers from around the country (including many here in Maine) have expressed concerns about the way the Common Core standards are being implemented and assessed,” wrote Maine Education Association (MEA) lobbyist John Kosinski in a Feb. 19 email to Democratic leaders.

Kosinski did not respond to requests for comment about Common Core and the MEA, but the email says the National Education Association (NEA) is “calling for a review of the standards and their implementation.”

“You can expect the NEA will be calling for greater collaboration with teachers on retooling the standards,” he wrote.

Maine replaced the Maine Learning Results with the Common Core in January of 2011, becoming the 42nd state to have adopted them.