Sen. Wooburn (D- District 1) made a claim recently on twitter regarding the quality of public education in the state of New Hampshire. 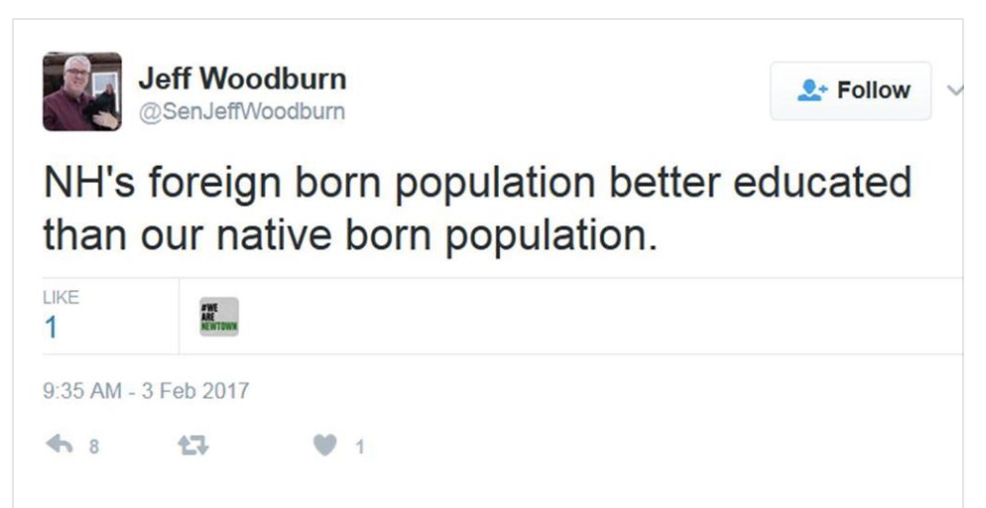 Sen. Wooburn offered no detailed facts to back up his statement nor has he been engaged in the fight against the dumbed down Common Core education reform that’s been plaguing our public schools.

Was this a cheap political shot? Those of us who’ve been fighting for quality public schools in NH wonder where he’s been.

Is this his admission that Governor (now U.S. Senator) Hassan’s education policies are failing our children?

IF you live in Wooburn’s district, please contact him and ask him for detailed facts. Then ask him what he has done as your State Senator to oppose Common Core in our schools? Did he stand up against his own party and Governor to object to the dumbing down that happened under Hassan’s tenure? We certainly didn’t see anything coming from him in terms of speaking up for our kids in public schools.