TWO Bills passed the NH HOUSE are on their way to the NH Senate that need your urgent attention.
IT is important that you testify or write the Senate Education Committee this weekend to
SUPPORT HB301,
and OPPOSE HB 1604 and HB471

You can read in this article on how the Obama Education Reforms are working their way through the NH legislature: http://www.girardatlarge.com/2016/02/scandal-alert-nh-house-education-chair-republican-working-for-obama-education-reforms/ 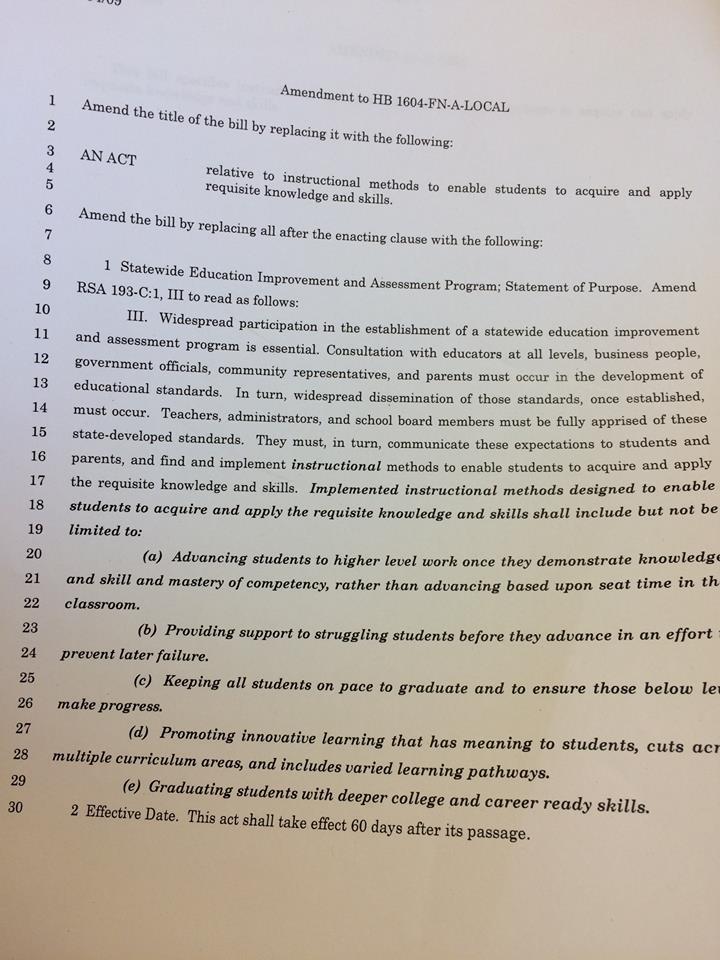 The New Hampshire State Dept. of Education is now tracking your child’s BEHAVIORS:

These were things that the teacher used to note on the report card, but were not included in GRADING.

Now this information is going to the STATE database which is a defacto NATIONAL database.

You can look at the list of information the State is now gathering on students. NH teachers have expressed concern about where the information goes once they log it into the computers at their school.
Every parent should file a right to know request with the NHDoE to look at all information that has been uploaded on your children AND MONITOR it.

There was a subcommittee hearing today on HB 301, allowing a parent to elect not to include their child in the unique pupil identification system or other information database maintained by the department of education.

It’s important to also note that NH DoE Michael Schwartz is a consultant ($269,390 federal grant recipient through Demonstrated Success, Rye, NH) who testified on the database.

The NH schools are transitioning to the dumbed down workforce development model.
Public schools used to offer a liberal arts education focused on the academics and arts.
Under Obama’s redesign, Public education is being redesigned to a workforce training model.

This kind of workforce training model could be seen in European countries like Germany. It’s also important to note that their students do not finish top in the world on the international tests.

The purpose is to track students to a career or college. That’s why the govt. needs information on their character, etc.
All of this information is then fed into the data base.
In Londonderry administrators were talking to kindergarteners about career choices recently.
In some states like Texas, legislation has been passed that will put a child in middle school on a “career” path.

In order to determine where your child should go in life, they need to collect a large amount of information.

Marc Tucker who sat on the Common Core development team spells it all out here.

Note the time/date of the Tucker letter. This was tried under the Clinton admin. but was never fully implemented. Under the Obama admin. they are actively driving the agenda now.

Common Core supporters will never put their own kids in a public school. This kind of dumbed down workforce training isn’t good enough for their kids.

They go to elite private schools where the focus is on academics so their kids can go in any direction they want in life.